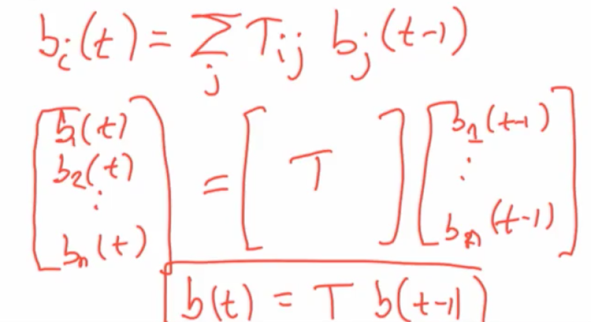 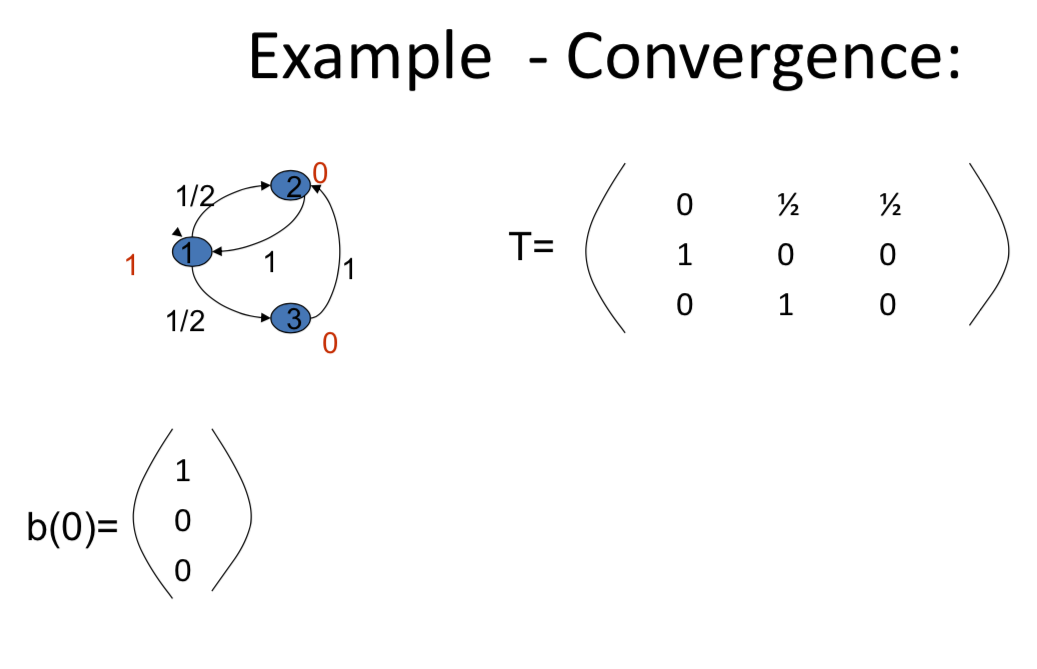 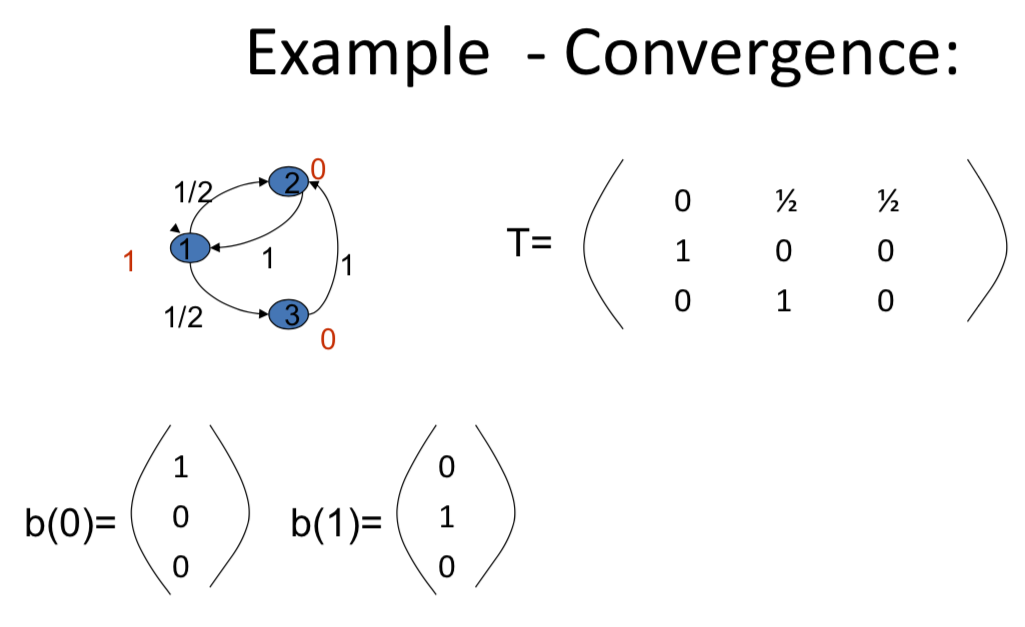 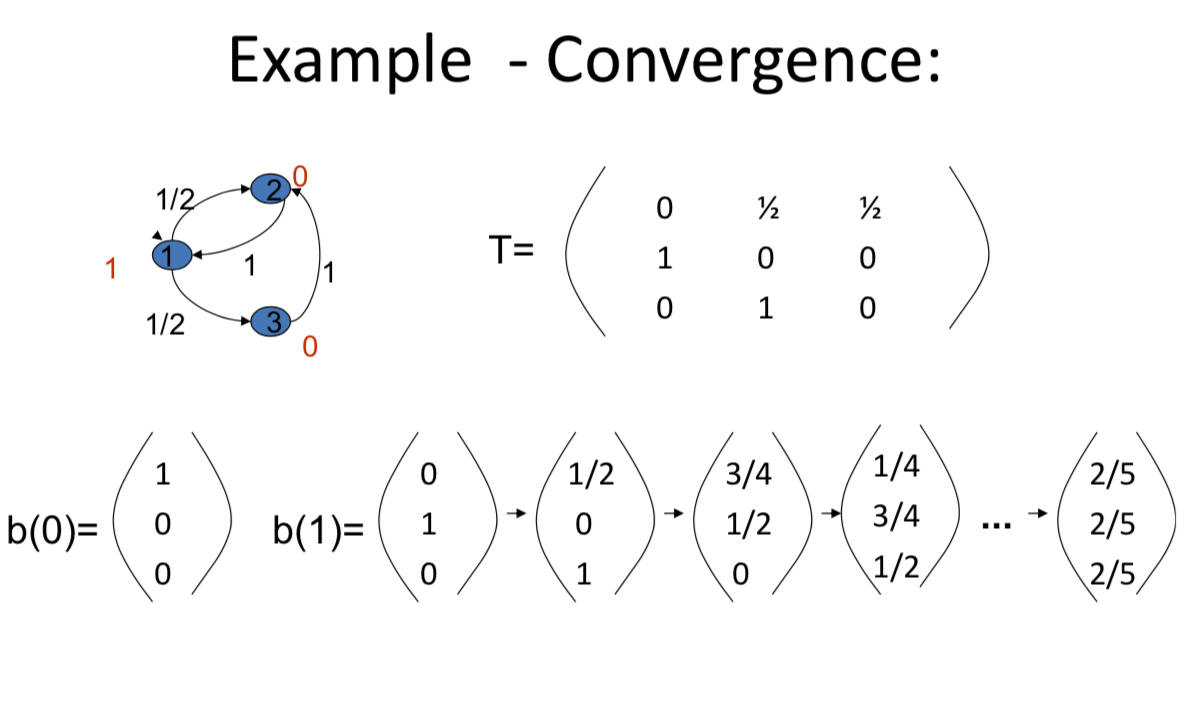 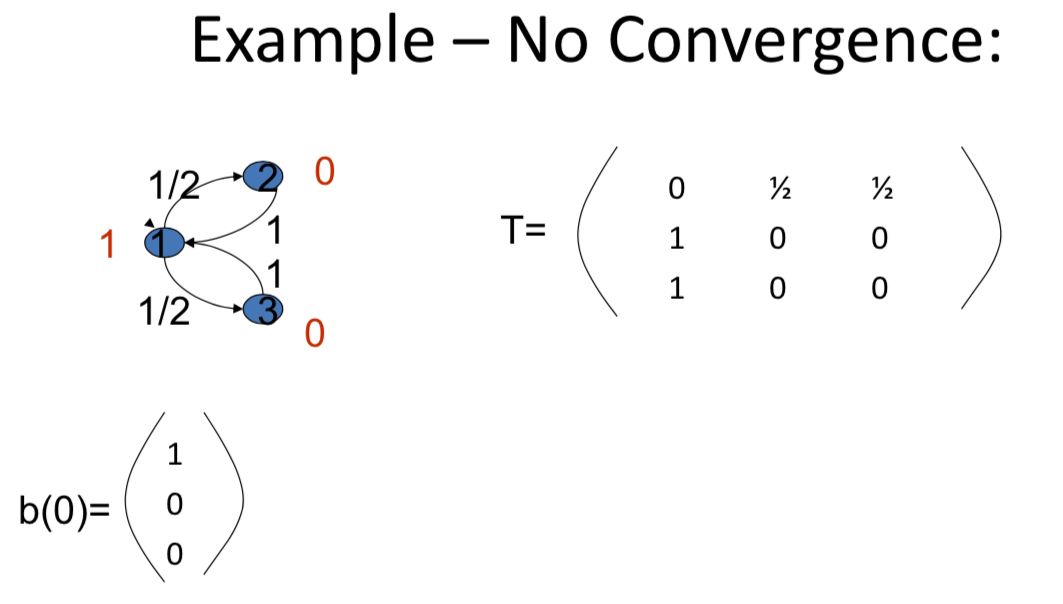 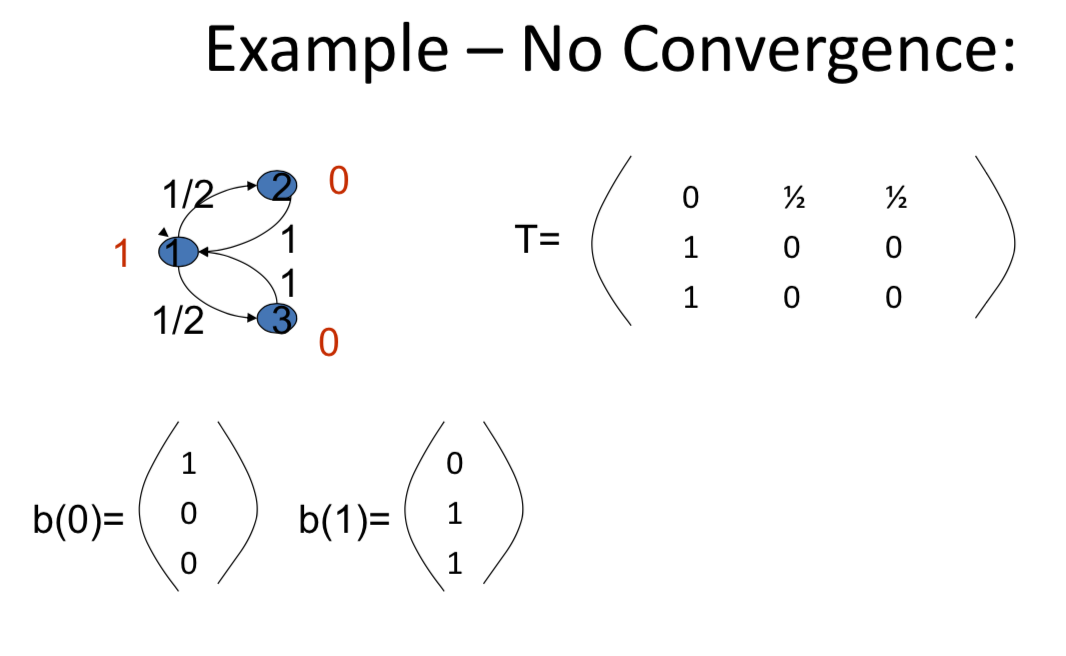 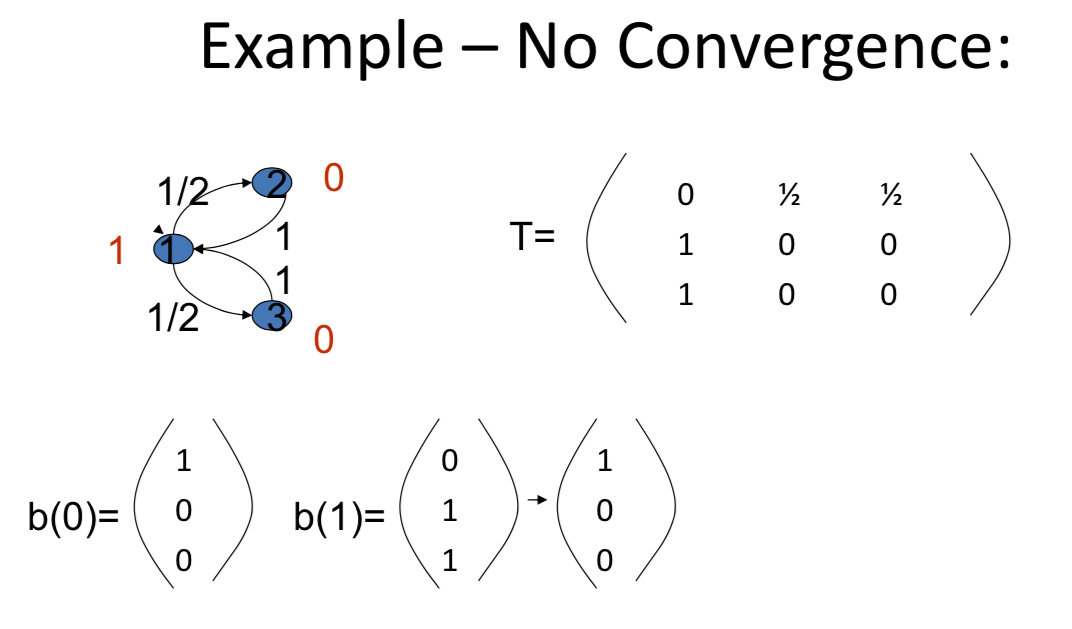 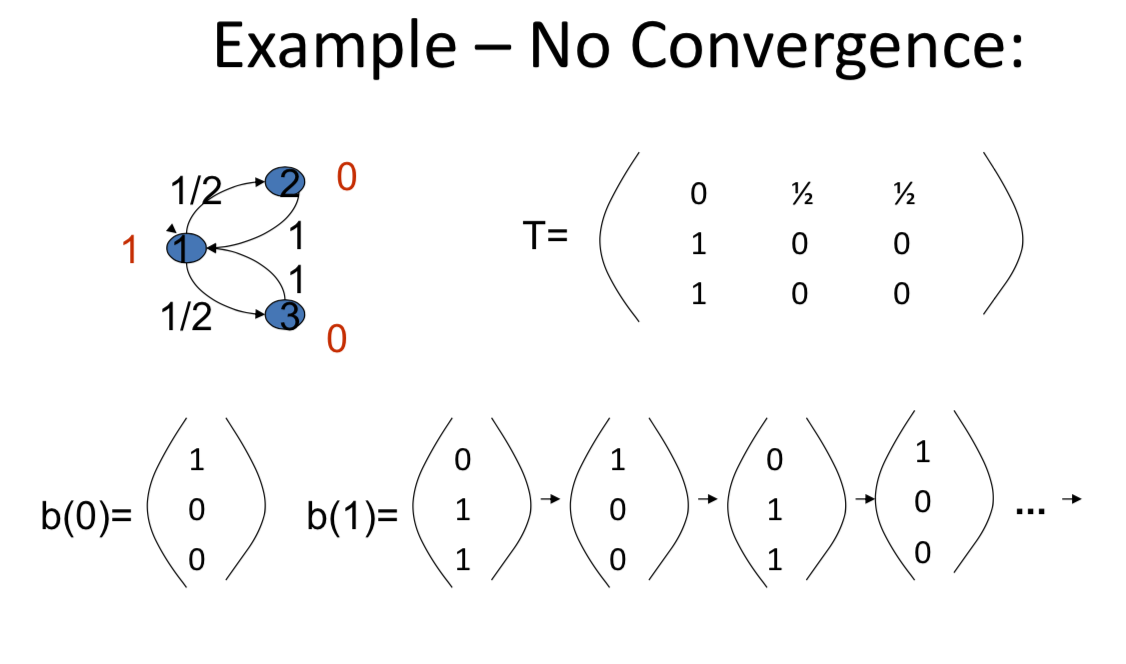 Now what's true about this, in order for this to happen. it's actually based on the cycles in this graph and here all the cycles are of length two. And we've got the beliefs in, in such a way that they keep blinking back and forth, and so it's possible for the beliefs to keep switching back and forth on these cycles. And so it's there's a cyclicity in the graph which gets is possible to reproduce in the beliefs. Okay? Now, it could be that, you know, for other beliefs you would, might have converged. If we started everybody with a belief of 1, they would've converged to a belief of 1. So it depends on which things which we choose but whenever there are even cycles, all the cycles are even in, in a given graph, then we could find situations where we're going to get non-convergence. So more generally let's actually look at the 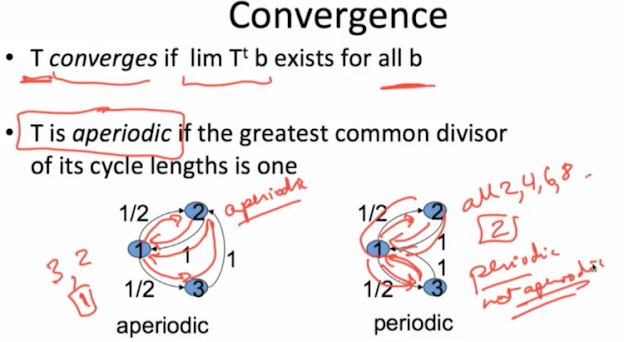 T is convergent if and only if it is aperiodic