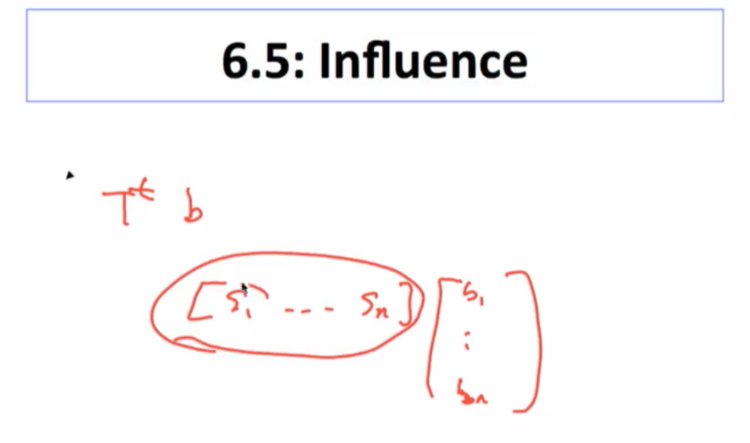 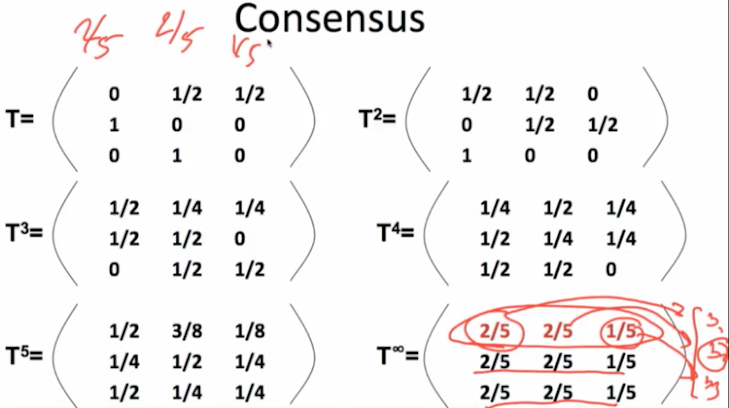 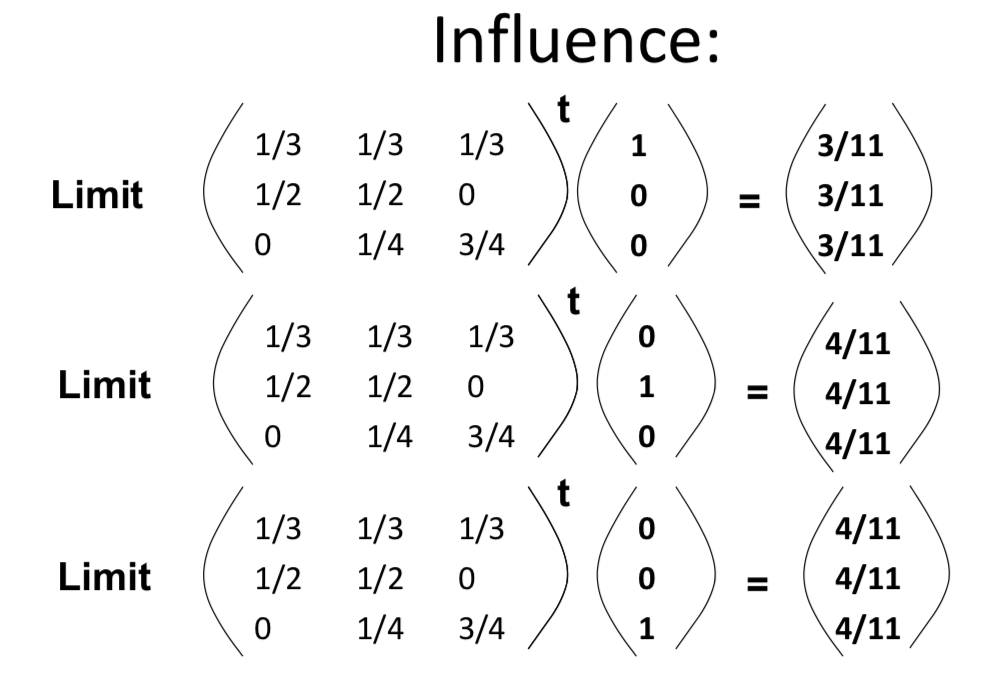 In terms of these limiting beliefs, the influence it, you know, it's coming from the fact that these rows have to converge to the same thing for each row. And in terms of what it eventually means, given that we know that this is going to converge to 3 11ths, 4 11ths, 4 11ths, it tells us that the limit, you know, in terms of the weight it puts on whatever person one believes, is 3 11ths. So if person one had a weight of you know, belief of 1, and everybody else believed 0, we'd go to 3 11ths. If it was person two that had that belief it would go to 4 11ths, and and person three would give 4 11ths. So it's telling us, basically, how much eventual weight in the final, belief of society that each person's initial belief have, all right? So it's a very compact and simple measure.