there's multiple different actions that can be sustained in a given network. So when is that it's possible that some people adopt a new technology and other people don't? Or that some people are, are becoming educated, other people are not, and so forth. So when is it that we actually can sustain multiple actions, even when we've got a lot of homogeneity in the society. Even when anybody has the same preferences and so forth, we still end up with different people taking different actions based on their position in the network, okay. So this is just sort of an interesting question conceptually to understand when this can happen.

When can multiple actions be sustained¶

Let S be the group that take action 1

A group S is r-cohesive relative to g if 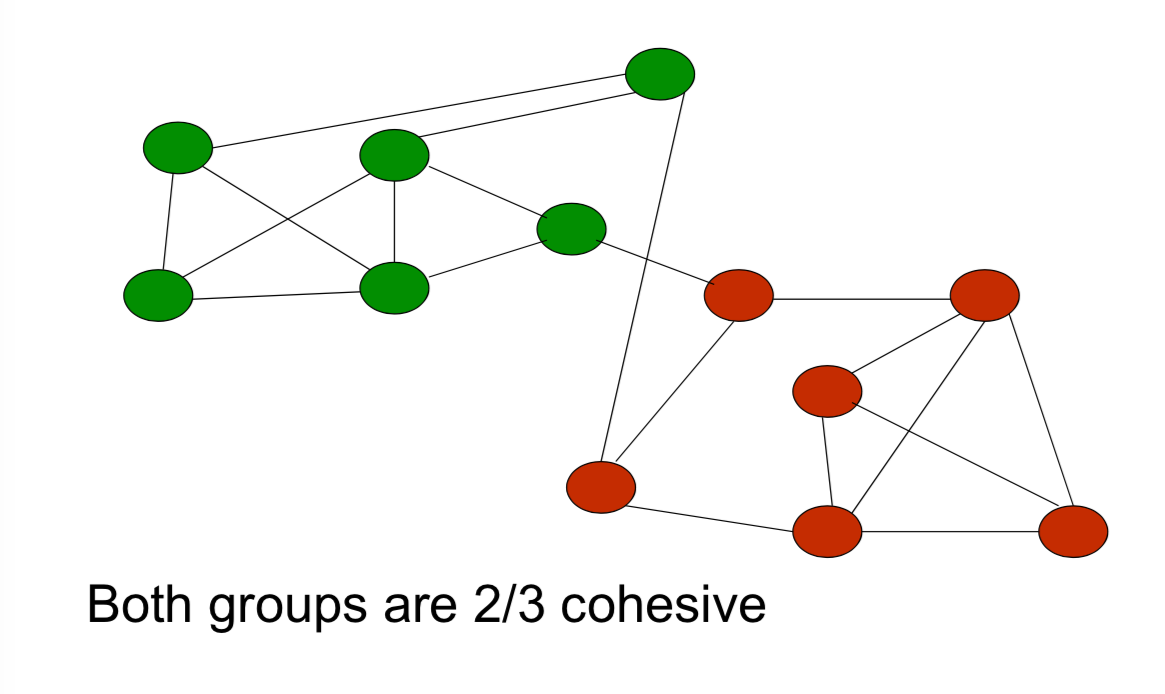 Equilibria where both strategies are played¶

Morris(2000): there exists a pure strategy equilibrium where both actions(0 and 1) are played if and only if there is a group S that is at least q cohesive and such that its complement is at least 1-q cohesive.

So it has to be that everybody in that set has at least q of their neighbors. So, this group S is going to be the group that plays action one. They want to play action one if and only if at least q of their neighbors do. So that set has to be q cohesive. Everybody has to have at least q of their neighbors in that set.
10:14 The compliment of S, has to be the people playing z, action zero. So none of them can have more than Q of their friends in, in the set. So that means that they have to have at least one minus Q of their friends outside. So this proposition just follows pretty much directly from the definition of the game and it's a very simple, straight forward calculation. But what it does, is it, it shows that this, now we've got a, a notion of cohesiveness of groups inside a network which is going to be very useful in identifying when you can sustain multiple equalibria in a, in a game. 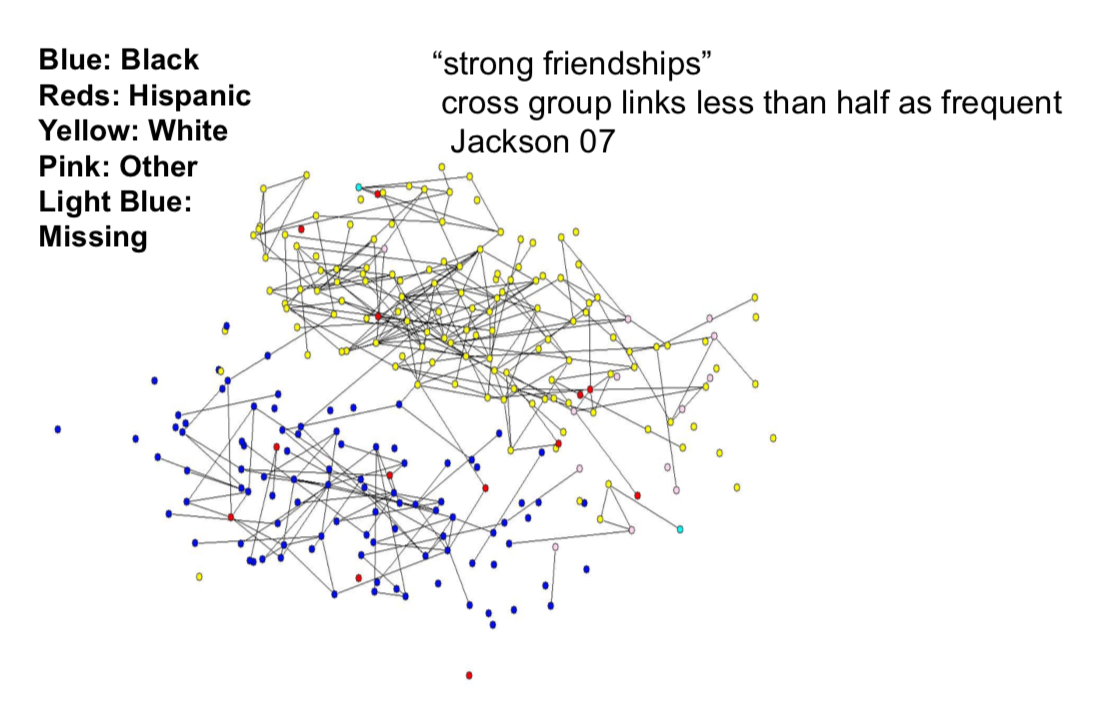